New D Media Arts develops and implement various forms of light sculpture and projection mapping installations. The bases of the work stems from numerous art grants and creative corporate projects, such as a 2013 commission from the Detroit Institute of Arts or working with major technologies supplier Denso to create an artistically unique show piece installation for Auto Show and CES exhibits. Consistently honing the skills, we are building the toolset and gaining the experience in order to realize all the tremendous potential these flexible and expressive new technologies can offer.

As Founder and Director of New D Media Arts, Gabriel Hall has become known as one of the leading visual artists within the historically rich electronic music scene of Detroit. His video & animated creations are called upon to create custom sets for Detroit legends such as Carl Craig and Kevin Saunderson to name a few, and have led him to tour on major national concert circuits as a visual director and live video mixing performer. Gabriel’s continuous exploration into melding technology with the traditional arts serves as a beacon to the local and national entertainment community. Under his leadership, New D Media Arts has grown greatly in both scale and scope as they are constantly called upon to create engaging & technologically advanced solutions that future markets and art lovers thirst for. 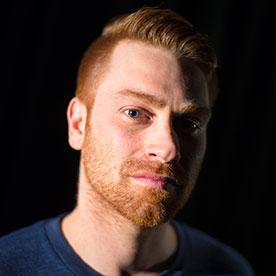 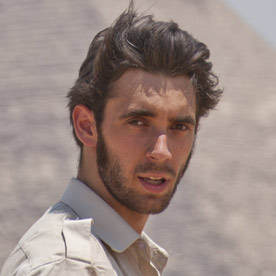 Drop us a line via email:
info@newdmedia.com